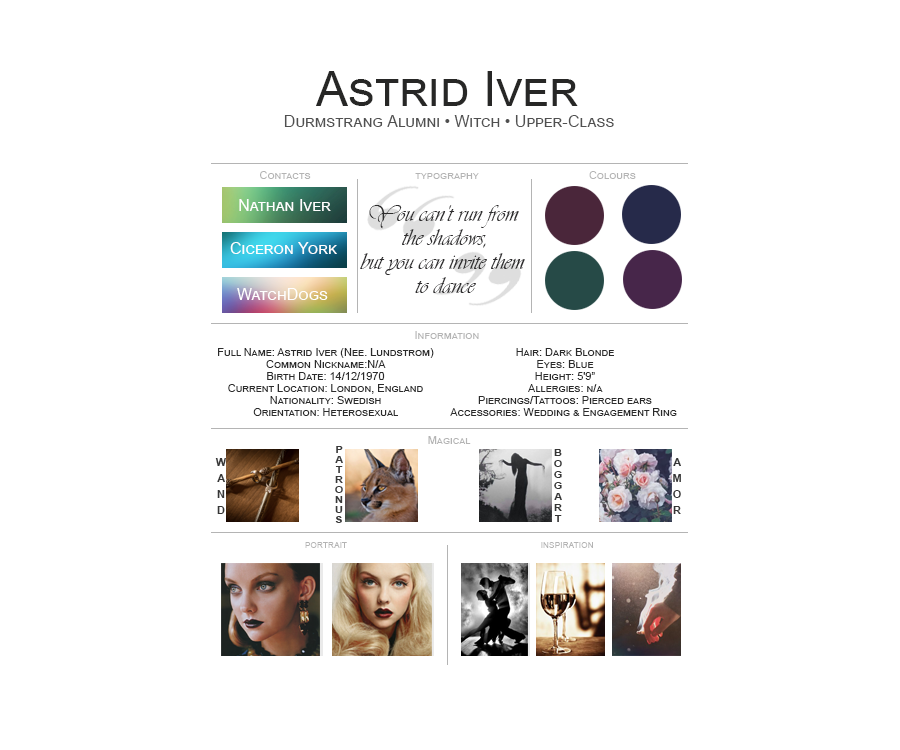 HISTORY
After many years of turning down potential suitors, Astrid finally found Nathan Iver. The two knew each other from a young age due to their social classes and standings, though eventually bonded at a high-class party. The two went on dates, and soon realised that their interests and ambitions were aligned.

Since marrying Nathan, Astrid has moved to England to live with him, bringing her two stewards with her, Petrolina and Magdalina Eklund. At the moment, there are currently issues between Astrid and Nathan's prime potioneer, Viola. Despite this, Astrid is now aiming toward gaining a pureblood family and stretching out her reaches in business, determined to get rid of Viola at a later date.

Profile Template inspired by: Tee
Character PB: Heather Marks
you can't fight your shadows
but you can invite them to dance