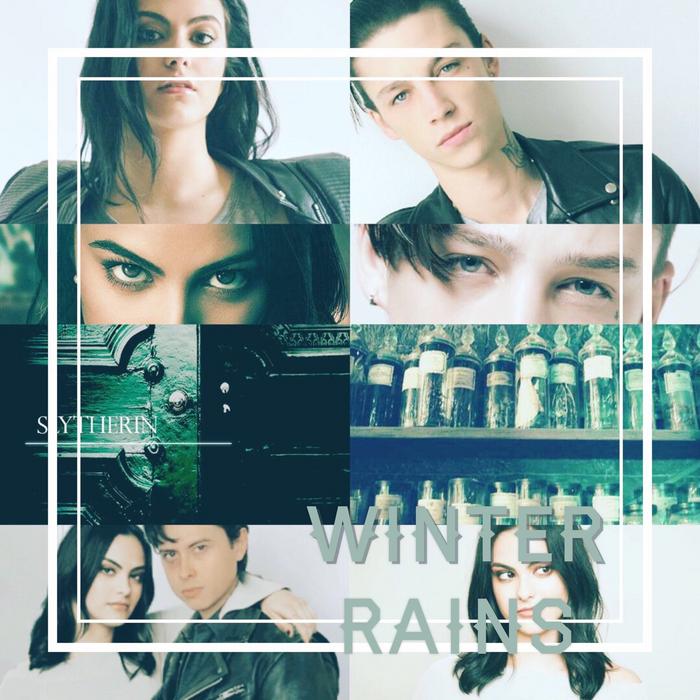 Concept: A young girl who thinks she's bigger and older than what she really is. Winter is sassy, bossy and controlling, and all she wants to do is rule the school!

Ethnicity: Half Italian, half British half blood witch

Current Goals: To do well in her exams so she can work on getting a great career when she leaves school.

Appearance: Winter is quite the pretty girl, thanks to her mother. She and her brothers tend to get their beauty from their mother's veela genes, but with Win being a half veela, she's the more attractive one of the three siblings. However, everything else she gets from her father. Win has shoulder length black hair, dark brown eyes and a milky skin tone. She thinks her skin is too pale, unhealthy pale like her dad's, and not liking it she tends to use potions and charms a lot to give her skin a nice sun kissed glow. She stands around 5'2, and has a slender figure.

Personality: Winter has a few sides to her personality. She can be quite shallow, and easily succumbs to jealousy a lot of the time, especially where her brothers are concerned. Winter has drifted away from her father and is more of a mummy's girl, so whenever her mother shows either of her brother's more attention she gets jealous, and it tends to bring bratty outbursts out of her. Don't get Winter wrong, she loves her brothers, but she likes to be the favourite and likes to have all the attention.

When Winter isn't home for the holidays and isn't acting like a spoilt brat, she acts more level-headed and grown up. She works hard with her studies, but when she isn't working she likes to cause trouble with other students. From bossing the younger students around, to getting the boys who like her to do little errands for her, to gambling and sneaking out of her dorm after hours. Winter likes to do well for her studies, but at the same time she just wants to have fun as well.

Only being a half veela, Winter has never taken on her bird form before, and chances are low she ever will. She has a bit of a temper on her thanks to her veela genes, she gets irritated far too easily, but she's always able to keep her cool so she doesn't lose herself too much. Her charms are average, though still rather strong compared to a regular female. However, Winter would never admit to that. She likes to think any time she's charming and gets any attention, that's all down to her and has nothing to do with what little veela abilities and charm she possesses.

Loyalties: Mostly herself, then her family, and the few friends she has in her little gang.

Strongest Childhood Memory: Playing with her brothers in their garden back home

Secret They'll Never Tell: She has a favourite brother, but she'll never tell which one it is!

Pets: None
Boggart: Her father
Prized Possession: Her jacket with her gang's crest sewed into the back