It is currently 28 May 2020, 00:06
Welcome back! Thank you for your patience during our server maintenance!
We are currently undergoing a "soft" reopening. For more information, please view this thread in the Bulletin Board.

Do you have a specific plot in mind? Head on over to the Fixed Timeline Classifieds instead, or view the Finding Roleplaying Partners & Plotting guide for more information on how to gain more roleplaying opportunities for your character and write out the plot of your dreams!
Topic locked 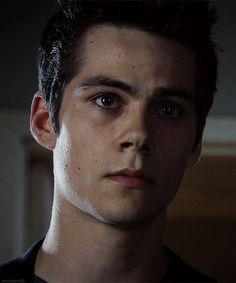 Nick Sorcier is my first character. He is from USA and is currently traveling the world in order to learn about magic. He was a student at the Chicago's school for magic until he got expelled. He can perform for a young 17 year old already wandless magic and is basically a spell creator!

He could've been called the worst teacher student, but the best at self study. He learned the fundamentals of magic till a high degree, which allows him to break down spells and create new spells.

He is currently looking for friends, allies and enemies. It doesn't matter if they are light or dark. All that matters that we can make fun plots! He would most likely be in the UK at Diagon Alley or Knockturn (Yea, he isn't scared of all the hags over there... He just doesn't know they are there yet xD)

I might have two chars to throw your way!

First is Dino O'Sullivan. He's a '97 Gryffindor alumnus from Northern Ireland, and he works as a biological oceanographer for the Wizarding Expedition Society, which means he travels a lot. Currently he's in Fiji, if Nick is ever in that area, but he is in London once in a while too. Dino is laid-back and care-free, and pretty much a good guy.

In case Nick gets into trouble doing dark things, I have Nikau Harrison, who is the Chief Auror, and would likely be on the case of anyone posing a threat.

Both are awesome. XD 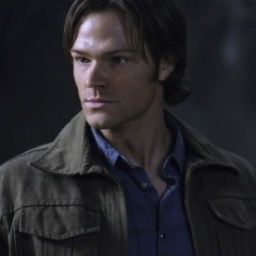 (I tried to get that centered....)
Birth year 1980|Ravenclaw house|Pureblood*|Works in imports as a security guard in Reformation.

Notes:
**He was not raised as a normal child of pureblood status...thus does not have the personality of one...in either personality.

Ok, so he's kinda hard to explain...but here I go. In golden he's a Ravenclaw, close to the end of his schooling. I have yet to choose if I'm going to have him drop out or not...I can see Markus gunning for it. As you get into reformation he has two jobs, one official...one not. He works in the same area your guy likes to visit from time to time.

Now for the complicated part,
There are two people here: Markus and Mark. Mark is the one more so seen in the Golden timeline, a nerd...loves books...doesn't know how to communicate with people very well but all in all a man with a kind soul and really caring towards others. He's a fan of more classy wear and is usually quiet.Markus, is the one who has the 'Come at me, aint got much to loose' kind of personality, he isn't into books...would rather work with his hands. Loves jeans and tight shirts....ect and doesn't keep his opinions to himself.

So, since im trying not to create their full bio here...let me get to the point...XD
He could meet Mark in school, and we could play him out as maybe a friend of Nicks?...

Or they could meet much later, him meeting Markus first. Markus/Mark really fit the good and evil plots you've mentioned which is why I've kinda highlighted him.

Yi Ling, a vampire form in the 1300's, was originally part of the emperors court in old nanking China before being turned by a vampire named Jiang, should be bad right? Well he's not innocent but he's only still in the organization due to his honor and respect for his sire, he really prefers not to be a violent tyrant. (but will be if needed.) Composed and very polite, he's the kind of person to come off prudish to those of the new generations. He can be found in your characters alleyway when he's spying in on Zhao.

Zhao, From the same era and same court he is a polished vampire with the sense for the finer things...but he's also goofy and rarely follows the rules given to him if he can help it. He's the butler of Shiro after defecting from the same triad that Yi Ling is still working for. He's a lot like Yi Ling, preferring not to be violent but is slightly more prone to giving into his violence and much more less composed. He gets a thrill of killing those who wrongs others.

Possible plots with them can range from a bump in and or maybe a bad influence? (because while tame for a vampire they are far from tame in the human eye.)

Notes:
** Like Markus was not raised as a pureblood, ran away from his bad childhood at the age of 11|Albino, but uses charms to appear more naturally Japanese to the naked eye.

Shiro is basically the cool and collected guy that can punish and or take out an enemy with no emotion on his face. He has emotions, he's just locked them away and tossed the key due to the trauma of his past. He's to the point and more so about work...BUT he does to a lot of work in the England area thanks to Jiang making his footprint known in the country and is seen in the same alleyway your guy visits. He's hard for casual roleplay, usually a plot being much easier to work with. In the past I've done 'friends' that knew him while he was on the street, business partners ect. Just pm me if you want me to pull him out.

Cool and collected but more down to earth he is the reason the 'boys' are still like a family. He is polite and even nice at times, when it's not called for him to kill...and he had no problem doing so which is why he's still in the 'bad' area. He left his family when they supported the Dark lord (before his return when his followers were waiting for him to come back.) and found the Yakuza.

I really have not played with him much so I'm kind of lacking on idea's for plots, but I do love this character and if you'd like me to pull him out we can most defiantly make a plot work with him.

And last but not least...and probably not worth mentioning because of how he is....is...
Yoru Nakamura
Vampire|pureblood|Turned at the age of early 30's|Missing until 2002 so really only a reformation character|

Born and raised in the Yakuza he is my worst...most twisted yakuza member. He's totally into blood lust and killing... As I said There probably isn't any plots for him...but I thought I'd offer incase you want to play with him. If you have any idea's feel free to pm me.

Topic locked
Return to “Connection Classifieds”
- All times are UTC-05:00 -