Profiles of characters with first names that start with Q - S.
Reply 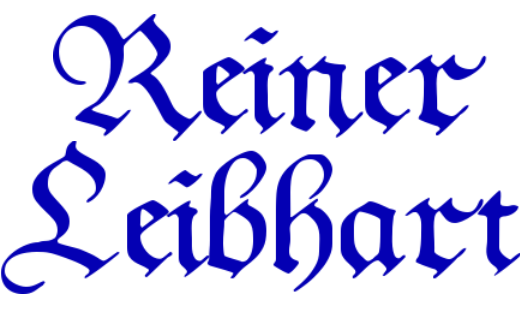 
PERSONALITY
Reiner would probably tell others his strongest trait is his laid back attitude. Few things irritate him and even fewer make him angry. He has a steady, even-keeled personality and is more likely to laugh an insult off than throw a punch. This hasn’t always been the case, in his youth he was quick to violence and quicker to anger, but with years of experience and effort (and thanks in large part to finding an outlet in boxing) Reiner has learned to control his anger and let things go. He is most proud of this part of himself, as it is something he has worked hard to be.

On the other side of that same coin, his weakest trait would be his inability to be serious in situations that would probably call for it. Reiner is serious about few things outside of his job, which he has learned the hard way to take seriously only because of the dangerous nature of his work. Most things in life are entertainment, something to be laughed at and enjoyed. Even life itself can seem more like a game to him, with consequences of his words and actions rarely occurring to him before it’s too late. It’s landed him in more bar fights, and lost him more relationships, than he cares to count. In addition, when he is pushed to anger, his rage is unrivaled in its severity and he is still prone using his fists before his words once past a certain point.
APPEARANCE
Hair: Light brown
Eyes: Pale Blue
Height: 6’3”
Weight: 195 lbs ; 88.5 kg
Reiner Liebhart is big. Standing at 6’3” and built wide with a stocky frame, he is intimidating in stature alone. Since he was young - thanks at first to his love of boxing, and later for his work - he has spent a number of hours every day working to maintain a high level of physical fitness. His pale skin is marred with the evidence of the violent nature of his work and favorite hobby, leaving him covered in numerous white scars in every size and shape. In addition, his nose has been broken and improperly reset several times over the years, leaving the bridge crooked. These traits only add to his intimidating presence.

His face is heart shaped, with high cheekbones and a narrow jaw, and his pale blue eyes that are shielded by his heavy brow are deep set and small. Normally, Reiner keeps the beard on his face closely shaven, and his hair cropped short to his scalp. However, thanks to his work he spends days or weeks at a time out of town on jobs, often far away from civilization, and while away he prefers to let his hair grow unabated. He often returns from trips with bird nest of a bushy beard and an unruly mop atop his head in desperate need of a trim. When Reiner was younger, his hair was blonde. It had darkened over the years, settling into a light brown streaked with natural highlights.

Courtesy of his artistic younger brother, Reiner has several colorful designs tattooed onto his biceps and chest. He prefers to keep the tattoos covered while on the job, so that it would be harder for anyone to identify him. Reiner is an outdoorsman at heart, and his wardrobe is reflects this as it is primarily made up of dark, long-sleeved t-shirts, cargo pants, and combat boots. He only owns one suit for meeting clients, but avoids wearing anything that restricts his movements too much.
HISTORY
Reiner was born in a small cabin deep in the Bavarian Alps the third child of Wolfgang and Dagmar Liebhart. He grew up with the woods as his backyard, exploring the mountains that his family called home. He and his siblings were homeschooled by another magical family that lived in the closest town while their parents commuted to Munich for work. For much of his childhood, his only friends were his older sister, Auda, and his younger brother, Ruprecht. His older brother, Raban, bullied the three of them for years. Reiner's relationship with Raban remains strained into their adult lives.

As both their parents worked long hours to support the family, the four Liebhart siblings spent most of their days unsupervised. Reiner was an angry child. He felt neglected by parents, and tormented by his elder brother. Looking for an outlet, a young Reiner started getting into fights with anybody and everybody. His parents were hardly around to deal with him, and after one too many phone calls from the authorities, and coming dangerously close to being expelled from Hohenstaufen, they were at the end of their rope. Reiner’s uncle Klaus was called in as a last resort to help deal with him.

During the summer after his second year of school, Reiner stayed with his uncle, a muggle boxing trainer who owned a gym in Munich. There, Reiner learned how to box, as well as new, healthier outlets for his frustration. Reiner fell in love with the sport, and spent every subsequent summer living with and working for his uncle. The gym in Munich became his second home. It was where he learned ways to work through his anger, and it was where he started his amateur boxing career. Reiner still loves Munich, and visits his uncle often.

School was tough for Reiner. He never like learning, and was too fidgety to sit in one place for too long. His grades were poor, and he was in trouble often even after he stopped getting into fights with other boys. After graduating in 1989 Reiner moved to Munich full time. He began boxing in underground rings as a way to make a living, knowing it to be the only thing he ever truly excelled at. He boxed in Munich for several years before a nasty break-up with the daughter of the owner of one of the larger underground rings forced him out of the city. Knowing he would never box in Munich again, Reiner moved around Europe for a year to sate his need for travel. He boxed when he could for money between moves, but never stayed in one place long enough to put down roots.

At age 21 Reiner found himself in London. Initially planning on staying only long enough to make the cash he needed for the next leg of his journeys, Reiner began boxing in the underground rings by night and working as an enforcer for a small-time bookmaker by day. It was at one of his fights that he struck up a friendship with Dubhán Forsythe, a bounty hunter that worked on contract with the Ministry. He offered Reiner an apprenticeship, and the opportunity to travel while making money. After five years apprenticing under Dubhán, Reiner set off on his own.

[ View OOC Note ]
Playby: Julian Edelman
Fun Fact About Reiner: He was named for and modeled after [my favorite] Attack on Titan character, Reiner Braun.
Last edited by Reiner Liebhart on 24 May 2019, 11:05, edited 12 times in total.
Homebase