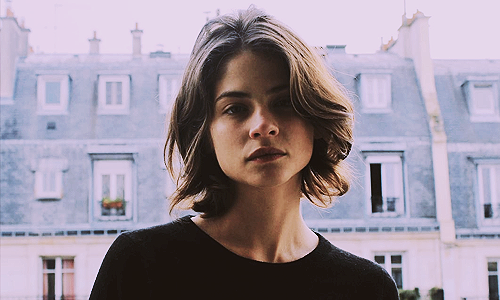 
“ and what is love, anyway?
it’s clawmarks, scratches, scars,
traces someone leaves
inside of you. "

This is what Margarita's father tells her:

He meets Eithne Whelan in the year 1970 when she's traveling around Barcelona. He doesn't speak a lick of English but somehow they make it work. They fall in love, they get married. Eithne moves from her small green world in Ireland to be him. They live eight years together in a small town on the outskirts of Barcelona. There is a dog and maybe a few cats. There are lots of long drives and visiting the sea. They drink red wine every day, at least one glass. The fruit tastes the sweetest in the late summer and they are very happy.

Eithne realises that she is pregnant as the year 1978 comes to an end. She wants to move back home, wishes to start her family where she grew up and send her children to the school she went to. Except Miguel cannot imagine a life where the sun does not burn his back, where red wine is water and the night is lurid with someone playing the guitar. Miguel Marquez has never left the comfort of home, but he knows that the Irish do not siesta. Miguel loves his wife, so whatever she wants, he gives.

They come to Ireland along with spring, and Margarita is born on autumn's door. Shortly after conceiving, Eithne experiences postpartum bleeding and she leaves this world. She also leaves Miguel alone with their child in a foreign land and Instead of going home, he stays. Because thats what she would have wanted he reasoned, because her dying wish was for her children to live in the house she grew up in, and to go to Hogwarts School of Witchcraft and Wizardry just as she did. It was her dying wish and his love was now dead.

So is the first fallacy: A man touched by the sun and his infant daughter. He speaks very little of the native language and thinks quite differently too. He is the only man who has crossed the English Channel from his small southern village. He is unhelpfully reticent and unsociable in nature. Such integration of characteristics can only incite loneliness.

And this is just the start.

The house she grows up sits in a plaintive little suburb in outer Kilkenny. It boasts a total of two bedrooms, one bathroom and enough garage space for a small car. The door is blue, the walls are beige. Cherrywood lines the floorboards, some of which haven't stopped creaking since 1973. The walls bloom hydrangea shrubs in the summer. In the winter an apple tree struggles to persevere in the glacial seaside winds. The house belongs to Eithne Whelan who inherited it after her parents passed away in a muggle traffic accident. Now the house belongs to her husband, who inherited it when he watched his wife die in a pool of her own bed, clutching their first child in her weathered arms.

Cicadas and butterflies make their homes in the garden which since the departure of Eithne Whelan, now festers up in a bed of weed and wildflowers. Marg spends most of her childhood in the garden. She catches bugs and chases wild ducks with a stick. She catapults around on her toy broom. Mostly she's allowed to do what she wants. She lacks that feminine figure in her life, that motherly touch to wipe the dirt from her cheeks. Her hair is always cropped with kitchen scissors. She plays outside with mud smeared on her face, dirt in her fingernails, dry blood on her knee. Her father stays indoor doing what he dismisses at 'working', but to Marg it just looks like a lot of staring out the window and writing letters to no one.

Miguel Marquez Valenti is an Ancient Runes interpreter. He can understand, read and translate over twelve ancient writing systems and scripts. Understanding the local noise which his daughter surrounds herself in is something different entirely. His English has always been horrendous. In Kilkenny, Ireland, he isn't too sure if their English is really at all. Not that the community he lives in isn't a lovely one. The lady next door sends over home-baked goods every few days and brings Margarita out on walks whenever she wants to. The couple across the road don't mind if Margarita chases after their dog. Ireland is much colder than Catalonia, but people are still very nice. Miguel knows in his heart that Eithne would have wanted all this, but he can't forgive the dull blade in his heart, the empty areas between his fingers and where home used to be.

Margarita looks through the window and into her father's office. She watches him dreaming of the sunshine of his home. She wonders if one day she'll be able to shine in its place.

Margarita is a mad comet spun out of orbit.

When she graduates from Hogwarts with a bare pass, she spends the next three months finding/losing/finding herself by backpacking all over Europe. She makes it to Turkey when she starts to feel the need to do something more with her life that doesn't include beer-drinking competitions and heated arguments. She recalls that she was the top of the dueling club for five seasons straight. She remembers being asked to run for dueling captain (except she didn't because who wanted that kind of responsibility?). Margarita still feels the calefaction of her bones when she hurls a hex at her opponent and they falter under the weight of her spell.

So she starts getting involved in underground dueling. And she is damn good at it.

A few months later she is scouted to join the Professional Duelling Association as a junior dueller. She has the image down: young and capricious female with a ferocious hunger that cannot be satiated. Obsidian eyes, hair chopped with a blunt razor, chain-smoking cigarettes between matches and hurling profanities at the judges: She may be a stereotype, but everybody loves it.

Thats enough for Margarita, the mad comet with no orbit. She's never known love and affection, not like this. She finds it addicting just like how she can't seem to quit smoking. It's the feeling of always searching for something to satiate that black hole in her heart.

The crowd chants her name. She glows.

[ View OOC Note ]
this profile is inspired by ever's character profile template!
all life long
you are unhanding
unhanding and unhanding
what was handed you.