Find and share templates for character profiles, playlists, player profiles, and more! You must be logged in to view this forum.
★ BBCode Testing Ground
Reply 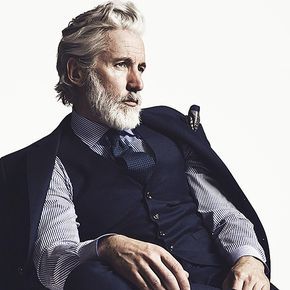 Psyche
Personality: Originally straight-laced and stern, over decades of nothing but the sea, Gunnar has became somewhat...unhinged. He has seen horrors, and perhaps caused horrors too - nobody really knows. He is certainly knowledgeable about his prized ship, navigation skills, and the ocean. But he needs more than that. He is convinced of beings and creatures out there, and he will never stop trying to convince his squad of what he has seen.
Current Goals: To track down the large beast beyond the deep, kill it, and then take it to the edge of the Earth as tribute to Ceres. He is convinced this will turn her human again and make her fall in love with him.

History
Backstory: Born on a small island off the coast of Scotland, Gunnar was raised by the ocean. He had always had an obsession with it, often going paddling and building makeshift rafts with his friends. His father was a military man, working within the Navy, and eventually travelled to the United States, never to return. This pained Gunnar, and he vowed to try and bring his father home.

During his early teen years, Gunnar took a role as a wickie, assisting a long-time lighthouse keeper. He thoroughly enjoyed the job, but felt like he was trapped; he wanted to explore. He wanted to be the one out on the sea. And so, he saved up as much money as he could to buy his own boat. He did have to sacrifice many luxuries, cut down on food, boarded in cheap with his mother, and gave up many communal hobbies. The boat wasn't anything fancy, but it was good enough for himself and two others to man it, and with it, he ran basic errands to earn a wage before he could afford something bigger.

Despite immediately travelling to the USA to find his father, he never did, and has never found out what happened to him.

Recent History: After over thirty years on the sea, Gunnar is starting to feel the full effects of madness start to set in. His mother has now passed away, he has isolated all of his friends, and has given up completely on finding a wife. His heart belongs to the ocean, and there is no changing that. More accurate, his heart belongs to the sea goddess he has manifested in his head, Ceres.

Another letter I have to write in some attempt to quell my rampant thoughts of you. How you have intoxicated my mind and thoughts and actions, and seduced my pacing heart with your watery gaze; your breath is of ice as you kiss my cheeks in morning dew, and that is of course what has driven me to this point of no return. My voyage is never ending, my darling, and I wish forlornly that I could be as quills-quipped as that of Shakespeare, to caress your ears with that of sonnets and rhyming couplets, but I am but a juvenile mind in the midst of romance, but I beg for you to teach me the arts of seduction and the seductress herself.

Once again, I shall toss my words, my heart, my soul into the ocean with the idle thought that you will gaze upon my scratching with some minute affection, even if not to simply make you laugh at the impotence of my syntax.

Guidance
Code: Select all
"Be a seeker of everyday magic"