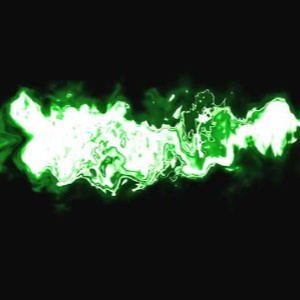 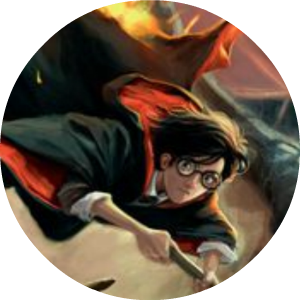 Corby thought she was being so original with her costume. She was a devoted reader of Witch Weekly and so many people had been talking about The Boy Who Lived that she thought it would be such a fun idea. She dug out her old Gryffindor tie and scarf, found an old pair of glasses, made her way to the party...

...and of course, everyone else was dressed exactly the same.

"Seriously?" the brown-haired witch blurted out, clearly upset. "Everyone?"

#32164  by Ejder
31 Oct 2019, 13:45
The man was wearing a Harry Potter costume, and it seemed everyone was doing the same. Sure, maybe if he'd not worn the mask, people could have recognised him, but things were far more chaotic when everyone was dressed the same and so many people had one the same mask. It seemed like such a good occasion to cause a bit of mischief...

'Geminio,' he said discretely, pointing his wand at a few Potters. Things were bound to get more interesting now...


Evie was so excited to show everyone her costume! Cloak, tie, jumper, glasses, fake scar - she'd even used a potion on her hair to make it look like The Boy Who Lived! She bet she was going to be original, and maybe she would finally make some friends and-

She looked around, seeing the mass of people dressed as that same young boy. Her face dropped a little; she had even changed the colour of her eyes and covered her freckles. That was a little saddening. And it even seemed like the Harrys were multiplying! What!? She found herself next to another girl who seemed just as distressed.

"You too, huh?"
"Be a seeker of everyday magic"

"Um, yes," Corby announced matter-of-factly, glancing at the other girl. This was not ideal, not at all.

She pointed at, well, someone dressed as Harry. Kind of a tall one, she thought. Why was EVERYONE dressed like this?!

#32172  by Ejder
31 Oct 2019, 14:37
The man jumped when he was called out, and promptly dropped to his knees, multiplying more Harrys. In a sea of Potter legs, it was easy to get lost, and now that he'd disappeared from view, he figured he would have some more fun.

He flicked his wand, cackling, and all the fake Potters started to speak in a flat, monotone voice. 'Hello, I am Harry Potter,' they all said as one.


Played By: Ejder
Others?
Online


Evie blinked at the sudden outburst, but followed the other girl's eye line. What? Wait - what? She pushed passed one of the Harrys as he looked to her blankly, tilting his head.

"This is so weird..." Evie muttered, and then grimaced. Weird? More like creepy. They were all dressed as the same 11 year old! Did nobody think this was weird!? "Please stop!" She called out, but couldn't actually see who she was shouting to; apparently somebody was behind the additional mayhem.
"Be a seeker of everyday magic"

"Um," Corby said again, blinking to herself. This was...not the party she thought she was going to.

"They're um... I don't want to freak you out or anything," she muttered to the girl next to her. "But I think they are getting closer."

Yeah. They were definitely getting closer.

"Ha ha, funny joke!" she called out to the Harry that had instigated everything, trying to hide the fear in her voice. "You can end the charm now!"

Bryce had been told for his entire young life that he looked like the famous Harry Potter. So, this year, he decided to dress up as his style idol for Halloween. He messed up his hair the way Harry's always was in photos and drew on a scar with his mother's dark rend lip liner. Already in Gryffindor, he was read to go with his costume, charming his glasses to be round instead of square.

He was late for the costume party but when he arrived, he saw that literally everyone else in the room was dressed as Harry Potter too. Ugh. He moved to barge through the crowd to the punch table, finding two girls that looked familiar, also dressed as Harry so that was probably why. They looked less convincing than the others he'd just barged through. And they were looking scared in the direction he'd come from.

Slowly, he turned around and yelped when he saw that all of those Harrys were staring. "What's going on!?" he exclaimed, his voice slightly high pitched.
VKP
Write with me!!

Another wave of his wand, that was just the ticket.

#32220  by TyrellRose
31 Oct 2019, 21:17
Meiriona Reese, Witch
It was supposed to be a joke. Given her history with the Potter family, Meiriona thought it would be hilarious to dress up as the famous Boy Who Lived for Halloween. It was bittersweet, too, but when she arrived at the party and discovered she had not been the only one with the idea, she couldn't help but chuckle.

"Dang," she had murmured, just before everything got even weirder.

"What on earth is going on?" she asked, glancing at the people around her. "Who's doing that?" It was a little futile, maybe, but was worth a shot.
Player Profile
This season, I've RP'ed with: Fae, Peyton, Ejder, Morgana, Sprinkles, and... you? Send me a pm or a discord message to plot!

#32241  by Ejder
31 Oct 2019, 23:10
Since he was here making chaos, the man thought he might as well abscond with the host's crystal candelabra, which was the first thing he touched when he reached a hand up on the table. Oh, he wasn't going to steal it for real. Maybe hide it some place fun? There never was enough chaos.


"I knew I should have dressed up as the Minister of Magic..." Evie mumbled to herself, continuing to get shoved and pushed by other Harrys.

She turned to the seemingly confused students beside her, looked exasperated.

"Do we chase after that tall Harry or?"
"Be a seeker of everyday magic"

"Maybe we can corner him! We can't attack the others, who knows which ones are real people and which aren't...come on!"

She gestured for the other non-creepy Harrys to follow her and took off.

#32417  by Peyton
02 Nov 2019, 17:43
Bryce marveled a little at the others' quick planning and just went along with everything, following after the one who seemed to be leading the group. He was brave, but not usually a leader.

"Go! Come on! If we run, maybe they'll be scared and back off!" he added, hoping that he was helping as he jolted to a start.
VKP
Write with me!!

#32424  by Ejder
02 Nov 2019, 19:12
The man watched everything unfold from under the table, the candelabra tucked into his cloak, bulging oddly. They were chasing someone else entirely, and it was hilarious. He wondered how long he could lead them on this wild goose chase. Ages, probably.