It is currently 28 May 2020, 16:36
Welcome back! Thank you for your patience during our server maintenance!
We are currently undergoing a "soft" reopening. For more information, please view this thread in the Bulletin Board.

Brother for a curious, cautious sister!

Guests Welcome! • Need someone to play a character for a plot? Or maybe you just have too many character ideas and want to see them played out? Use this subforum to advertise them!
Topic locked

Brother for a curious, cautious sister! 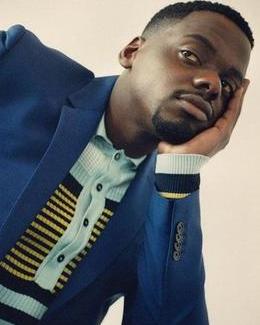 
DESCRIPTION
Benjamin has always been a protective person. He is the second oldest of five siblings, but where his older brother is more carefree and relaxed, he is more conscious of his actions. At times he has followed his older brother's antics, but seeing the impact it can have has made him more sensitive to his environment whilst growing up. Hogwarts has helped to alter his perspective a little more, and although he lacks some commonsense in many cases, he is still aware of the impact he has on others.

The relationship between Ben and Jas is down to earth and genuine. They care for each other and have tried their best to help when they can; often Ben can get cynical, leading to Jasmine cheering him up. And when Jasmine is afraid to try something new, Benjamin will encourage her. Despite this, recent family tensions between their parents has caused a rift between family members; the eldest going off to live with their grandparents, and the two youngest relying only on each other to get by (oblivious to the happenings). Because of Jasmine's curious nature, she is sure to annoy her brother with questions about their situation at times, and sometimes, it can get a little too much to bare.

Benjamin's main goal is to graduate Hogwarts, leave the family home, and get some peace and quiet. He is tired of living in such a lively home, whether it be with his parents or with so many other students at Hogwarts. The more he grows up, the more he starts to understand why his brother was so quick to leave...but living with the grandparents doesn't seem fair to Ben. He wants to be independent.


CONNECTIONS
---
⋆ sister - Jasmine Buckthorn ⋆ Somewhat close, but recent family tensions may cause stresses ⋆
credit
The Play By isn't set in stone, neither is the name! He can be active in Reformation with any career you want, or you can just play him in Golden. Other things are likely negotiable. Feel free to message me!
"Be a seeker of everyday magic"

This season, I have roleplayed with:
Bathdub Mermaid ⋆ Dizzy Izzy ⋆ Ejder ⋆ Maki ⋆ Susan
Wanna RP with me? PM me, jump in an open thread, or @ me on Discord!!<3